Ministry of Industry and Commerce 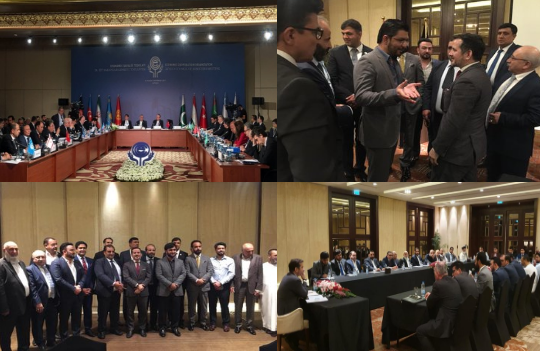 November 10, MoIC minister Mr. Ajmal Ahmady traveled to the UAE to attend UNIDO conference and discussed Afghanistan’s industrial development and the way forward. On the edge of this visit,  he also met Afghan business community at the UAE; they asked for more of MoIC cooperation on holding Afghan-business council election. The community also showed satisfaction with AirCorridors’ services to them, and suggested enhancing Afghan-UAE business ties. During the trip, Mr. Ahmady recommended establishment of permanent exhibitions and expansion of business ties with UAE. 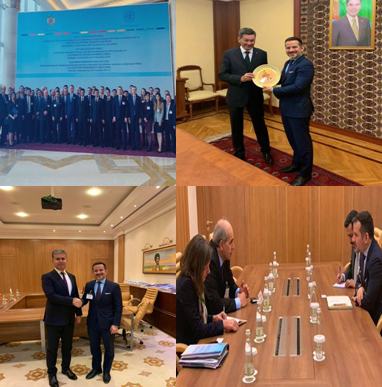 17, MoIC minister Ajmal Ahmady attended the SPEACA 2019 forum for  the regional countries in Ashgabat. He delivered a speech on the regional connectivity. The speech was a framework for connecting the region much more. Mr. Ahmady also met with his counterpart Minister Gurbannazarov of Turkmenistan. During the trip, he  held bilateral meetings with neighboring countries. His bilateral discussions included holding of an exhibition in Ashgabat by the Turkmenistan government early next year, attending an EU-Central Asian forum next year to strengthen ties with the region with EU Special Representative for Central Asia at European External Action Service. 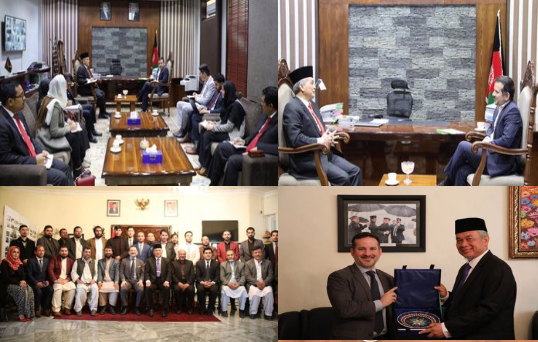 On November 12, Mr. Ahmady met the Indonesian ambassador to Afghanistan Mr. Khoja Ovezov and discussed the establishment of the first Afghan-Indonesian AirCorridor very soon, holding of Business to Business meeting and an exhibition in Jakarta in next three months. MoIC tried to develop strong relationship and, therefore, a group of Afghan traders and Mr. Ahmady met with Mr. Ambassador. It has   been agreed to have the first AirCorridor    flight scheduled for December, and trade fairs in Jakarta. We also resolved all visa and trade documentation issues with the ambassador.

1.The 4rth Investment Board Meeting: 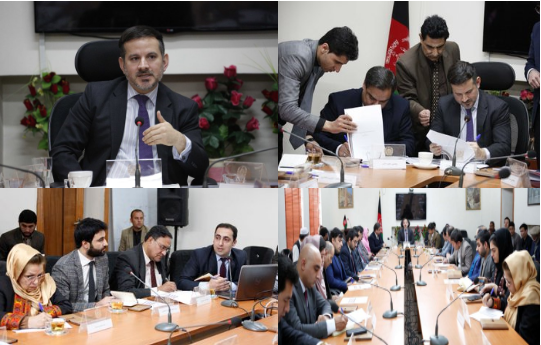 On November 16, MoIC minister Ajmal Ahmady chaired the fourth investment board meeting   at the MoIC and signed two MOUs with Kabul and Kateb Universities on supporting entrepreneurs in making a business plan and  a competition plan. In addition, he discussed facilities brought in ACBR, Afghanistan’s participation in Dubai 2020, investment opportunities in Slaughterhouses, the updates on plot distribution in IPs with four completed projects in Kandahar, Wardak, Herat, and Kabul, and the start of new projects in Parwan and Khost Provinces. During the meeting, Mr. Ahmady recommended to ease closing  process of a business, establishment of incubation centers in Kabul & provinces, participating at Dubai expo in 2020, investment in slaughterhouses and IPs should be prioritized based on demand and economic efficiency. 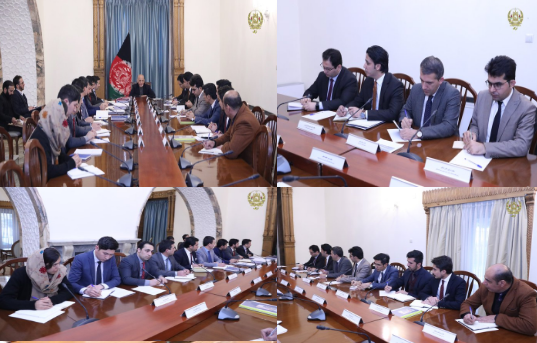 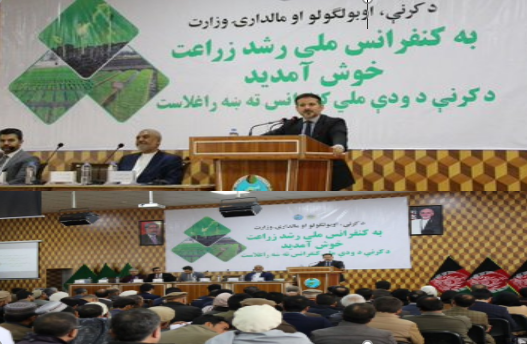 Conference: On November 25, MoIC minister Ahmady attended the National Agricultural Development Conference at MAIL. Mr. Ahmady highlighted the MoIC principles, the export targets and the policies. He discussed vast business opportunities in Afghanistan’s agriculture sector  and how the sector helps with the economic   growth of Afghanistan. Mr. Ahmady also   discussed the new investment project of $`150 million of the World Bank in the sector. 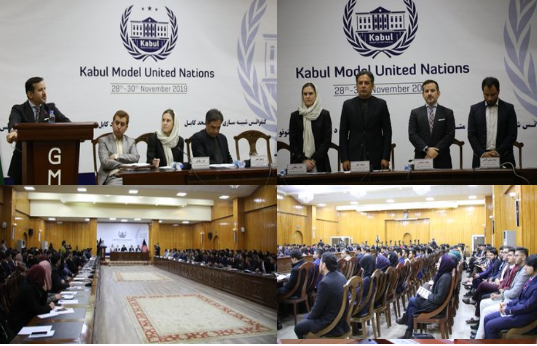 28, MoIC minister Ahmady attended the Kabul Model United Nations and shared his views with youths on how they can change this poor country into an economically and educationally rich country. During the session, Mr. Ahmady recommended youths should be given opportunities to participate in decision making, youths should be conceptualized and studied as representatives of positive peace, work hard and bring remarkable changes to the life and  condition of the country and the world and never stop reading and self-development. 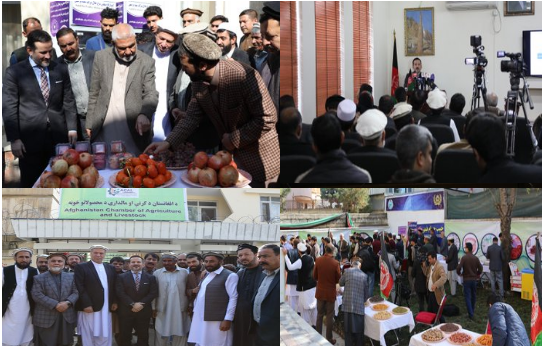 Ahmady along with Mr. Nasir Ahmad Durani MAIL minister inaugurated the  first Chamber of Agriculture of Afghanistan. In the ceremony traders, dairy producers and farmers attended expressed their joy.  This chamber will serve as the roof for all peasants, producers and traders. The Agricultural sector makes up 60% of Afghanistan labor and 30% of its GDP. At the end we attended an expo of Agricultural   products and Mr. Ahmady recommended that all agricultural activities should be managed through chamber of agriculture, chamber of agriculture should actively function to boost markets, seeking national and international markets for agricultural harvests and widen exhibitions should be conducted.